Durable Medical Equipment (DME) is a necessity for many people living with disabilities. It can mean the difference between being stuck at home—or even in the hospital—and having mobility, independence, and a better quality of life. While some DME is relatively inexpensive, such as canes and shower benches, others, such as electric hospital beds and electric wheelchairs, can cost thousands of dollars, straining available Medicaid funding. To help control Medicaid costs while ensuring that reusable DME gets to those in need, the Assistive Technology (AT) Act programs in three states have partnered with their state Medicaid agencies to retrieve, refurbish, and redistribute valuable DME, making it more accessible to all.

Persistence Pays Off in Oklahoma

In Oklahoma, the state’s AT Act Program, ABLE Tech, established a similar reuse program in 2012, as a complement to their existing online AT exchange program.

“Although we had been talking to our state Medicaid agency, the Oklahoma Health Care Authority (also called “SoonerCare”) for many years about starting a DME reuse program, the catalyst for them to finally partner with us was 2009 legislation that established Oklahoma’s durable medical equipment retrieval program,” explains Linda Jaco, Associate Director and Director for Sponsored Programs Department of Wellness – Oklahoma State University.

“Since 1999, SoonerCare had retained ownership of the DME that it provided to SoonerCare members,” continues Jaco, “yet they were not consistently retrieving that equipment, much of which could be reused. Shortly after the 2009 legislation passed, the Health Care Authority hired a durable medical equipment director and began looking into retrieval options. I invited that director to attend the Georgia AT Act Program’s national conference on AT reuse to better understand the process. Ultimately, the agency put out an RFP for reutilization of DME, and we were awarded the contract in December 2011. It took 13 years and many conversations, but our partnership resulted in a strong ROI for Medicaid, more DME in the hands of people who need it, and less equipment lying around unused or going into a landfill.

” Jaco says the program caught on quickly. “Case managers saw that we had specified available DME that was free, which means they could use Medicaid dollars for other items.

“COVID has been a bit challenging because we suspended in-person deliveries,” she adds. “So to help us facilitate contactless delivery, we created a series of instructional videos. The videos demonstrate how to set up a hospital bed, make equipment adjustments, and other things we would normally do but aren’t doing during COVID. It took us about two months to get those short instructional videos done, but we feel they help a lot.

” Oklahoma’s ABLE Tech DME Reutilization Program, which gives priority to SoonerCare members and also is open to the public at large, has enabled more than 10,000 Oklahomans to obtain $4.7 million worth of DME.

This case study is the fifth in our series highlighting one of our 56 federally-funded state and territory programs funded under the Assistive Technology Act of 2004 (P.L. 108-364). To learn more and to locate your state/territory program, visit the AT3 Center website. 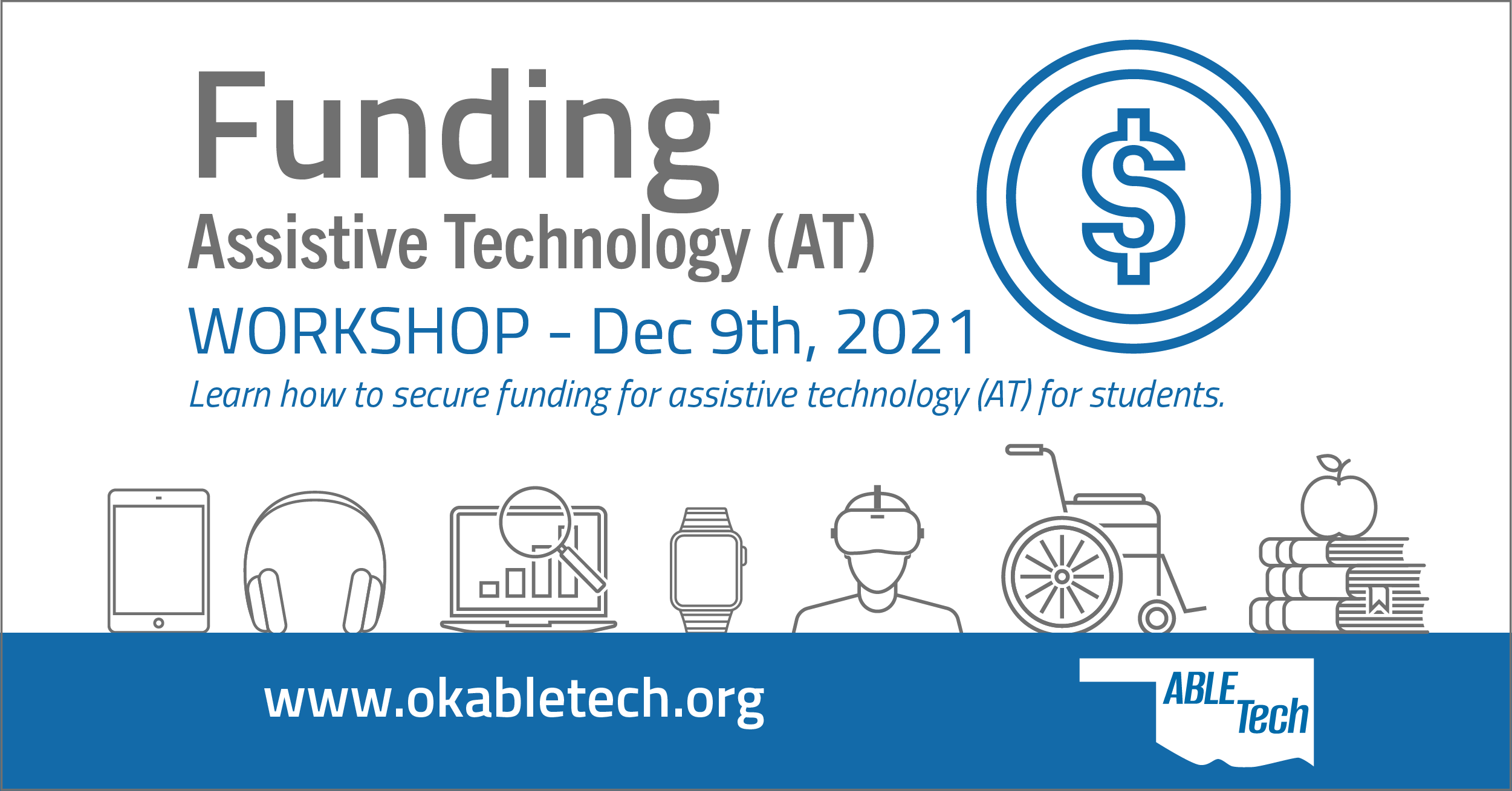 AT News You Can Use eNewsletter (monthly)